INNOVA is a full-service commercial real estate development company built upon the solid foundation of hard work, conservative decisions, experience and determination. We are uniquely positioned in today’s marketplace to meet the building needs of mid-sized industrial clients. INNOVA offers a single point of contact and the most competent staff in the industry for a full range of construction, real estate, asset management and investment services.

What Sets Us Apart

A rock-solid, well capitalized organization, we are known for offering great value to clients by building high quality products for less than our competitors. Our extensive experience and skill in developing commercial properties positions us to help our clients refine their needs and offer direction on how to maximize the value of their investment. 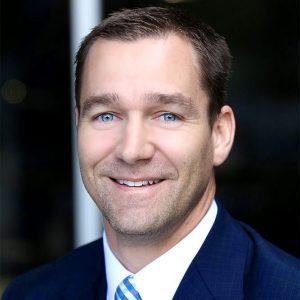 Andrew Kilpatrick is President of INNOVA, the premiere full-service real estate developer for mid-sized industrial projects in California. Andrew started in 1996 as a field laborer for a Sacramento-based commercial general contractor, then became a purchasing agent and warehouse manager. By 2001, he was managing projects and working directly with clients, an experience that shaped his present company’s approach to personal service.

Andrew then turned his attention to becoming a medical doctor, earning a degree in genetics from UC Davis with a minor in religious studies in 2004. But at the urging of commercial real estate pioneer Buzz Oates, his mentor, Andrew returned to the Buzz Oates Group of Companies and headed up a new office that managed Buzz’s personal holdings of 5.5 million square feet. Under Oates Investments/Cable & Kilpatrick, Andrew grew the portfolio by 2 million square feet, as overall value grew 20 percent to nearly a half a billion dollars. Occupancy increased from the mid-60 percent to high 80 percent, while leverage was reduced and cash flow increased.

“Mid-sized industrial users are primarily entrepreneurs, so there is local ownership and decision-making,” Andrew says. “It’s a lot of fun to work with people who care about their space and community. There is a large unmet need in this market, and the big developers are inefficient at servicing this size. INNOVA is good at designing and building projects of this size, and I consider it a great privilege to impact the cityscape and the visual environment of an area for multiple generations. Buildings aren’t torn down very often, so design and functionality matter both inside and out. Long-term value for the owner, tenants and area are created during conception and design, and I enjoy the challenge of balancing these forces to create projects that can be considered a win for all stakeholders. Unlike the big warehouses, where functionality is primary, or small spaces, where design is constantly changing, the mid-sized project is a testament to the thoughtfulness, creativity and care of the developer.”

Andrew is active in many real estate and non-profit groups including Lambda Alpha, the Association of Commercial Real Estate, as a board member and legislative chairman for NAIOP Sacramento, chairman of the Board of Sacramento Angels, Power Inn Alliance, San Joaquin Partnership, SACTO and others. Andrew and his wife split time between Tennessee and California and have six amazing kids. 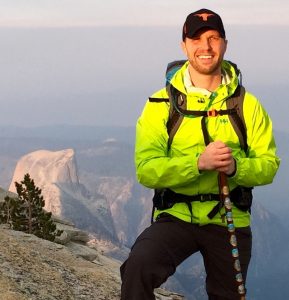 Todd Bethke leads the Asset and Project Management of INNOVA, the premiere full-service real estate developer for mid-sized industrial projects in California. Mr. Bethke grew up around building projects with his father being an architectural engineer and project manager. This has led him to be in commercial real estate management for the past 10 years. Todd started in property management under Buzz Oates and Andrew Kilpatrick as a property manager for Oates Investments. There he saw his portfolio grow to over 7 million sf of industrial, commercial, and mixed-use space spread over 100 properties. He then went on to being the Regional Manager for Clippinger Investment Properties, and an Assistant General Manager for JLL (Jones Lang LaSalle). Mr. Bethke attended Evangel University in Springfield, MO and earned a Bachelor degree in Business Administration. He has also taken several graduate-level courses in architectural design from Academy of Art University.